The mischievous one, the loud one, the troublemaker.

These are some words that are commonly used to describe second-born children – and now, there’s scientific evidence to back up that theory.

What Science Says About Second-Born Children

According to a study led by Joseph Doyle, an economist at the Massachusetts Institute of Technology (MIT), second-born children are found to exhibit rebellious behaviour.

And this is more so for second-born boys.

What this study also found is that this behavioural trait may, in fact, be influenced by older siblings. After all, it’s only natural that the younger ones copy whatever that their older siblings do.

Other possible factors that could contribute to the behavioural trait of second-born include parental involvement and sibling engagement with different peer groups.

But before you let the mum guilt set in or go out of your way to make plans for equal “special time” with each of your children, take comfort in knowing that it is likely that this is probably a phase that your second-born child needs to go through during the growing up years.

As your second-born navigate through life and your family dynamics, take comfort in knowing that there are other things that make your #2 wonderful in his/her own way too.

Read also: 7 Noteworthy Ways Parenting Has Changed Since We Were Children

Things to Love About Your Second-Born

When second-born children are born into a family, there is already a first child who has enjoyed the full attention of everyone in the family, and will continue to do so, albeit perhaps with some minor shifts.

With that, your second-born must quickly learn how to cope with the need to share the love and attention of mum and dad. He/she then learns early on that life doesn’t always go their way which then helps him/her develop resilience and independence – both of which are valuable skills that he/she will need while growing up.

And as a parent, you couldn’t be any prouder to see how your little one navigates through life with a whole lot of confidence.

If there’s one skill that second-born children will become good at during their growing up years, it would be their ability to compromise and negotiate. And this is especially so when they eventually become the middle children!

Imagine the amount of time they would spend getting their parents and siblings to agree to their terms or to make their requests known. This is the perfect living example of “practice makes perfect”.

Imagine living the life of a second-born with an older sibling who is constantly running around, talking faster than you can process and always eager to show off to mum and dad what he/she can do.

To fit in, your second born would want to catch up as fast as possible to get his/her fair share of hugs and praises.

Meri Wallace, a licensed clinical social worker in the United States, mentioned in a Psychology Today article that second-born children may get a tad frustrated by these early “failures” as they try to catch up to their older sibling.

But as mums and dads, we can help them along the way by encouraging and praising them for their efforts. For me, I’ve found that being generous with hugs does wonders to affirm my love for my second child which gives his confidence levels a boost.

One of the most awkward things about being a second-born child, especially if one is also the middle child, is the feeling of being left out at times. This can be a common occurrence as mum and dad’s attention is often diverted by the older or younger siblings.

With that, second-borns tend to be more sociable to make up for the lack of attention at home. Known as the “social butterfly” of the family, they make friends with ease and usually have no issues fitting in various social circles.

In short, your second-born child is likely to be the friend who makes one feel at ease despite just getting to know each other!

Read also: A Mum’s Heartwarming Story About Adoption in Singapore 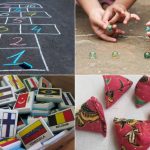 Explore These Awesome Old-School Games That Are Great For Your Child’s Development!