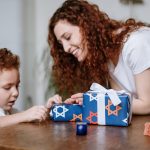 Your Child Must Have These Life Skills to Succeed in the World of Tomorrow!

Explore These Awesome Old-School Games That Are Great For Your Child’s Development! 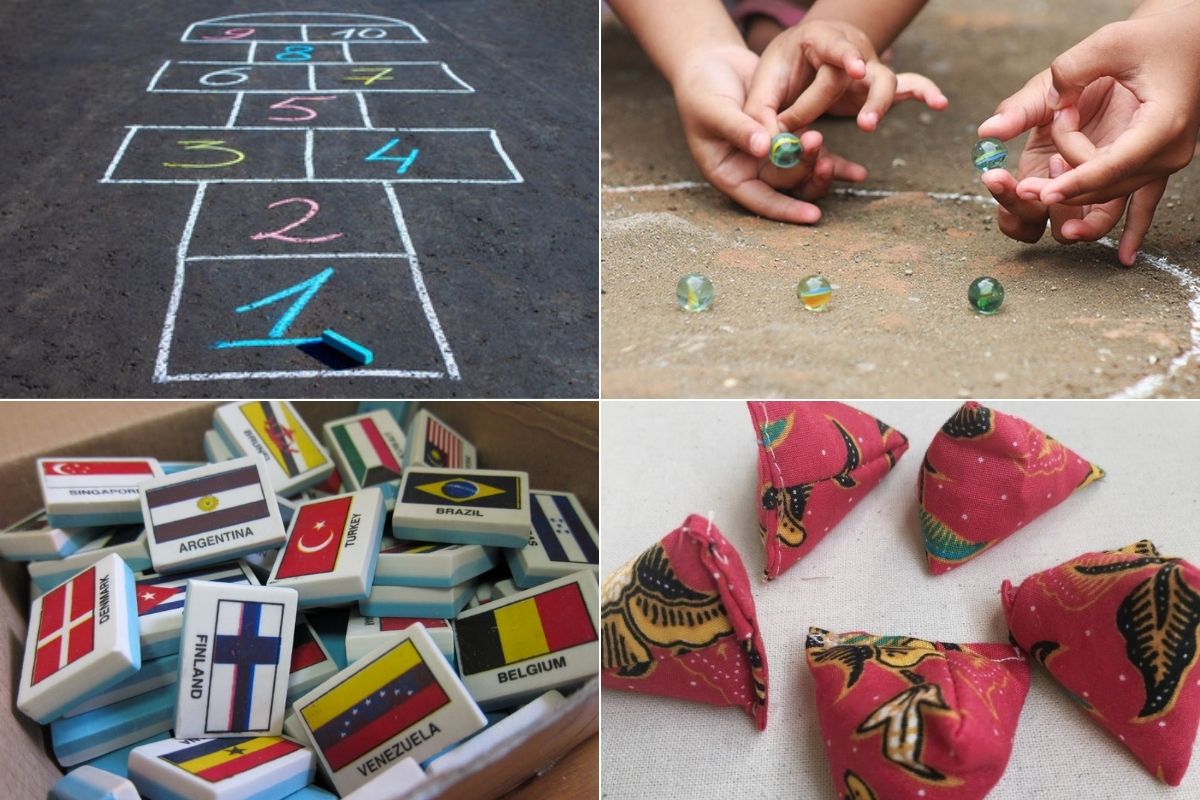 These days, it is more likely to find your child engrossed in their computers, tablets and smartphones – or any other devices that come with a screen –  during his/her free time.

But have you ever thought back of the good old days when we were growing up and the simple, yet entertaining games we turned to for entertainment?

For sure, meeting up with friends for a game of Five Stones or Hopscotch is nothing like staring at the screen for hours, but we sure had a lot of fun. What’s more, beneath these “old-school” games lie a whole host of benefits for your child’s life skills and development as well.

Take a look at some of these old-school games and the value they bring to boost your child’s growing up years.

Old-School Games That Boost Your Child’s Skills and Development 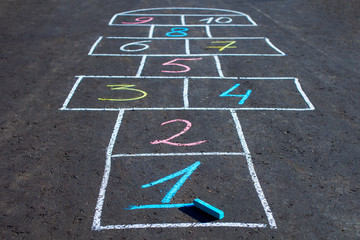 These familiar boxes can still be seen on the grounds of some primary schools and neighbourhood playgrounds. With hopscotch, we took turns with friends to hop over the series of squares on the ground.

With old-school games such as hopscotch, cleaning up is fuss-free too, as this can be done by using a damp tissue or cloth.

– Stand in front of the first square, throw your puck within the box – make sure that it does not touch the lines.

– Hop on one foot through the first 3 squares and then land on two feet within the fourth and fifth square.

– Repeat the steps until you reach the seventh and eighth squares – then turn around and make your way back to the second square.

– Pick up your puck from the first square, then aim to throw it into the second square.

– Repeat the rest of the steps until you have thrown and picked up your puck from all eight squares.

– In the final round, once you’ve reached the seventh and eighth squares and with your back facing the semi-circle, you’ll need to bend down and fish for your puck with your hands by feeling the ground behind you.

– The winner is the player who successfully picks his/her own puck.

* Remember not to let your foot touch the edges of any square throughout the game, or you will miss a turn.

Don’t you agree that this game puts your child’s balancing and hopping skills to the test? What a great way for him/her to work on his/her motor skills and body coordination. This is a top favourite game of children when most families were living in villages in Singapore!

While this game was originally played using tiny stones, these later evolved to five triangular cloth bags filled with rice, sand or beans.

Making the small bags is also a great activity that you can do with your child.

– Start by throwing all five stones (or bags) on the floor.

– Using only one hand, toss one stone in the air and pick up another while catching the first stone to prevent it from falling to the ground.

– You will toss more stones in the air while picking up another until all five stones are collected.

– Should you fail to catch any of the stones, you will miss a turn.

* This game can be played as a single-player setting or with multiple players.

With old-school games like this, your child will need to have quick hands and sharp hand-eye coordination to win this game. Having great motor skills will also go a long way to help him/her conquer this game! 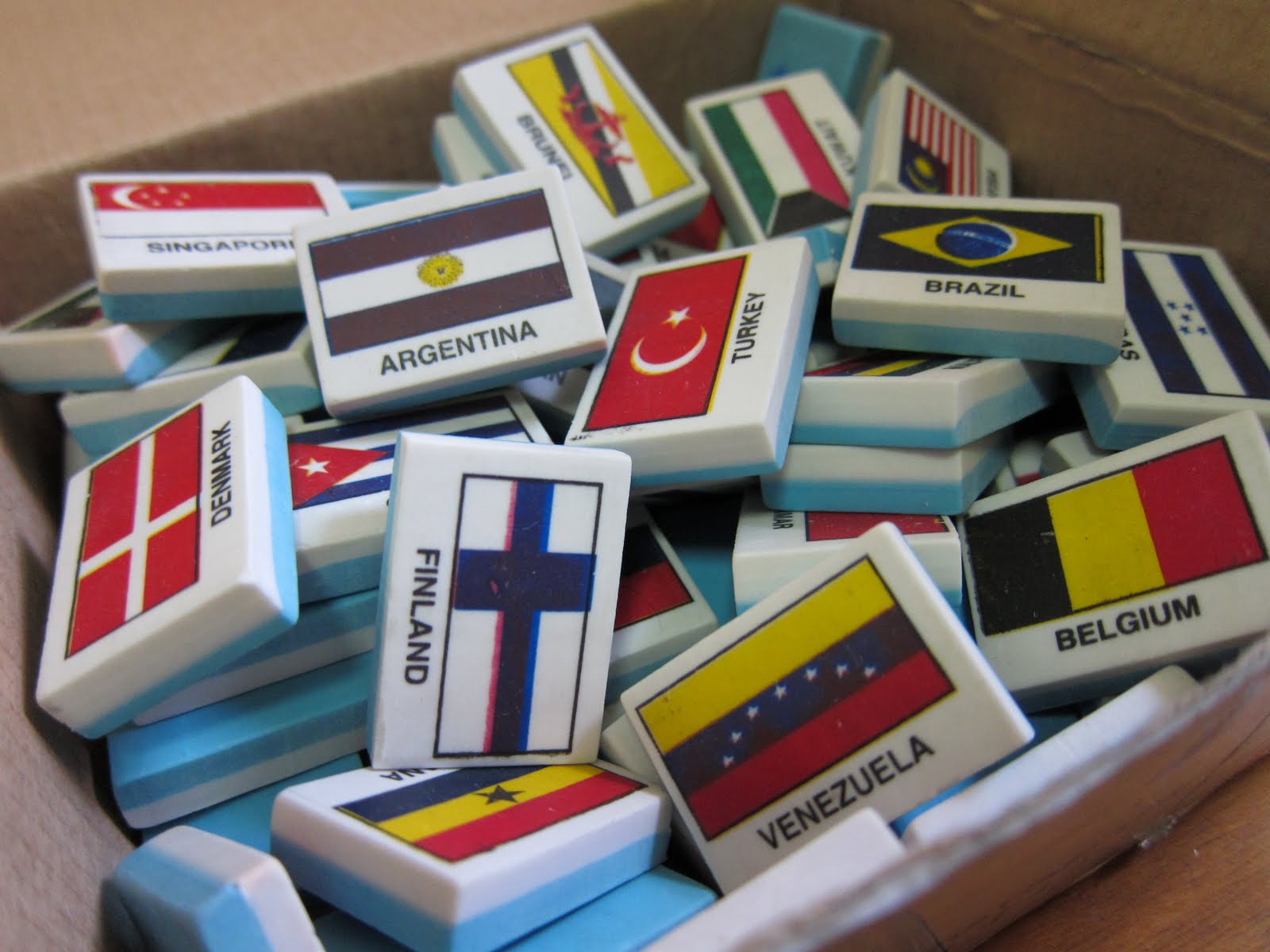 This game started the craze over the flag erasers among school children and it costs only 10 cents back then!

What we know of as the Flag Eraser Game today is a spin-off of an earlier game called kuti kuti, wherein colourful tiny plastic figurines of fruits, vegetables, insects and animals are used instead. These were typically bought from a mama shop or stall.

– Using a finger (either your thumb or index finger), flick your eraser so that it lands on top of the other players’.

– Some children make this game more exciting by having the losing party handover his/her eraser to the winner.

This is another great game to develop your child’s motor skills. He/she will need to apply just enough force so that his/her eraser lands on top of the other player’s.

However, old-school games such as this is a lot easier than the original kuti kuti which has game pieces that are a lot smaller. All you need for this game is wooden or plastic sticks that are typically bought from toy shops. If these are unavailable, one can also use satay sticks painted in a variety of colours.

– Using one hand, hold the bunch of sticks upright before releasing them.

– The sticks will fall in random spots. Each player then take turns to pick up a stick without moving the rest of the sticks.

– The player who moves another stick unknowingly will miss a turn.

Another game that’s great for motor skills, your child will also develop his/her spatial awareness by playing this too! He/she will need to think and decide before picking up a stick and how to do so without affecting the position and movement of the other sticks. 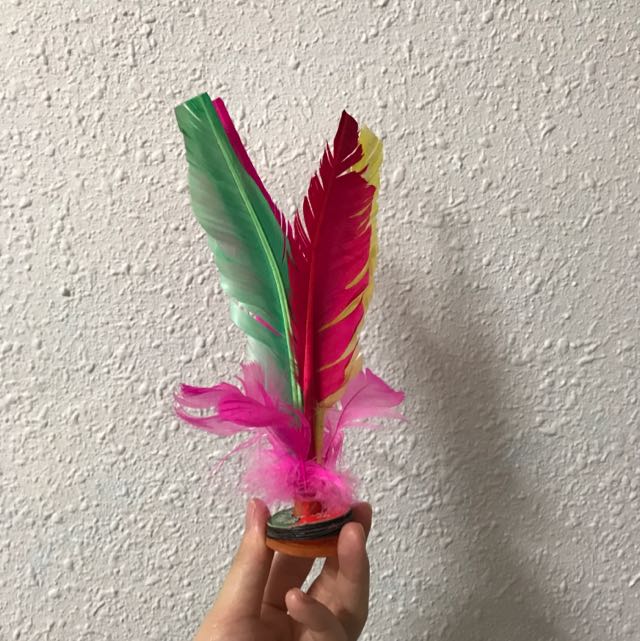 Back in the good old kampong days, roosters and chickens were one of the most valuable living things around. With that, their discarded feathers were used to make shuttlecocks by tying a bunch of feathers to a weighted rubber disc. And that is the main feature of the Capteh game.

Word has it that this game was used to brush up the martial arts skills of monks and military soldiers back then.

– Using one of your insteps, kick the shuttlecock into the air.

– Do this as many times as possible but do ensure that the shuttlecock is kept up in the air at all times.

– The player who can achieve the most number of kicks wins the game.

What a great all-in-one great that builds your child’s balance, flexibility and stamina. Do remember to use the ankle area of your feet only! 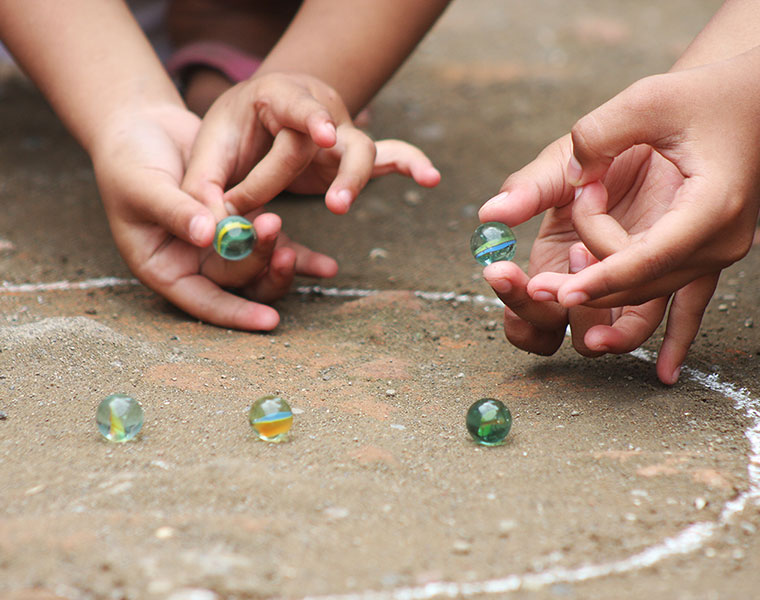 One of the best things about this game is the colourful collection of marbles, for sure! In fact, some ardent players have even gone on to become marbles collectors.

As this game involves rolling marbles on the floor, do avoid playing this in the middle of the night so as not to disturb your neighbours downstairs from their sleep.

– Draw a circle on the ground or dedicate a floor area in your home for this game.

– Take turns to flick the other players’ marbles out of the circle.

– The player with the most marbles left inside the circle wins the game.

If there’s a game that puts your child’s fine motor skills to the test, this should be one of them.

Your child will need to apply just the right amount of force to flick the other players’ marbles out of the circle – while making sure that his/her marbles stay within the line. This is essentially a skipping rope game using a long loop of interlocking rubber bands. The loop of rubber bands should be long enough so that the player that is jumping does not hit the two players who are holding the rope on both ends.

The aim is to have players jump in various patterns before moving on to the next level.

– The two players holding the rubber band loop stand on opposite sides facing each other.

– Each holder wraps the rubber bands around his/her ankles and forms a rectangle.

– The player will jump in a series of patterns. Each pattern is repeated seven times before moving up to the next level.

Here are the patterns for jumping:

Pattern 1 – The player stands on both feet within the rectangle, then jumps out by spreading his/her legs on either side of the rectangle. While doing this, the player’s legs must not touch the rubber bands.

Pattern 2 – With one foot inside the rectangle and the other outside, jump to switch positions of your feet. Do this six more times to complete one round.

Pattern 4 – Rest one foot on the rubber band while placing the other outside the rectangle. Jump to switch sides while ensuring that the other side of the foot is positioned on the rubber band. Return to the starting position by jumping. Repeat this cycle six more times to complete one round.

* Gather two other friends to play this game with you.

This is definitely not an easy game to play, as your child needs to coordinate his/her legs and eyes to progress through the levels.

Which of these old-school games did you play while growing up?

Your Child Must Have These Life Skills to Succeed in the World of Tomorrow!