Mum’s Story: Why I chose to break the rules of confinement When I was pregnant with my elder daughter, one of the most common topics in my browser history was confinement. Being cooped up at home without bathing for an entire month didn’t sound like a pleasant way to spend my baby’s first month. Traditionally, many women hire a confinement nanny, a helper who exclusively takes care of both the new mother and infant.

From the start, I knew that hiring a confinement nanny was not for me as I’d wanted to latch exclusively, so there was no need for her to do night feeds with formula milk. I’d also read of women who became overly reliant on their confinement nannies that they had a difficult time trying to learn the ropes of baby care in the last few days of confinement. Instead, my father took on the task of boiling pre-packaged herbal soups and bath water.

If you’re wondering, “Is confinement necessary?”, know that the concept of confinement as a rest and recuperation period is given much less focus in Western countries as compared to Asian countries.

Instead of blindly following the rules to the T, I wanted to see if the traditional Chinese confinement rules could be adapted or eliminated altogether. Surely, some Chinese confinement practices that were established in ancient China can’t be relevant in sunny Singapore!

Breaking confinement rules – the practices I refused to follow

#1. No showering or washing your hair for 30 days

I showered the moment I was sent to the hospital ward for recuperation, because I was sure the rule was made when women had no ready access to warm water in freezing winter nights. I wanted to be as clean and comfortable as I could for my baby, whom I latched.

I washed my hair and body as usual, but I used herbal bath water that kept my body warm.

#2. Drink only red date tea in place of plain water

While I had plenty of red date tea from my confinement meals, I made sure to drink plain water to reduce water retention and hydrate my body.

#3. Lie in bed as much as possible to rest

I unintentionally practised attachment parenting and did most routine care by myself. I  changed her diapers, cleaned her cord stump, bathed her and brought her out to make her birth certificate and for jaundice checks.

The confinement practices I adopted

#1. Eating a special diet for confinement

What I thought was necessary in confinement was a proper diet to help replenish lost blood and nutrients lost during pregnancy and childbirth. I ordered a 28-day lunch and dinner meal package from a confinement food delivery service and it saved me the trouble of cooking. It helped to boost my breastmilk supply as well.

#2. Getting a Postnatal Massage package

Postnatal massages purportedly help mothers to reduce water retention and relieve pain and soreness from clogged ducts. The heat from the herbal mixture lasted for hours. Combined with the tightness of the binder, it made me feel like I lost weight.

This was by far the easiest practice to follow – we were both exhausted with the new addition, sex was the last thing on our minds. It’s good practice to abstain from physical intimacy until given the all-clear by the gynaecologist as well, to ensure that the wounds have healed fully.

At the end, I believe that not all confinement rules should be adhered to strictly, especially when our environments, beliefs and lifestyles are starkly different. Breaking confinement rules shouldn’t be seen as a taboo. Rather, consider how much inconvenience you are willing to put up with in order to adhere to tradition and weigh it against the logic of the practice.

The first few months after delivery is when new mothers are most susceptible to postnatal depression, so just do it in a way that you are most comfortable with. 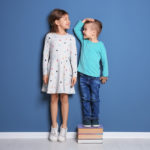