by Eunice Yeo and Kirsten Moss

What’s a mum to do when sandwiched between tradition and the 21st Century world? Modern mums may cringe at the postnatal confinement that their mothers-in-law swear by – after all, Kate Middleton was out showing off her new royal baby to the world a mere seven hours after giving birth, but are these practices really just old wives’ tales? Or wisdom passed down through the ages?

The old Chinese saying: “Eat well, sleep well, nothing is better than sitting the month well” seems to apply across ethnic groups in Singapore. Theoretically, it allows mum time to recover from the physical stresses of childbirth, while giving baby some special alone time with mum. Perhaps that accounts for the old Indian saying, “The first 40 days of life will impact the next 40 years of life”!

However, with Chinese and Indian mums “confined” for 30 to 40 days, and Malay mothers 44 days – 100 for some, it is a test of patience for many. A new mother not only gets nourishing food, she also inherits a stringent list of rules to help her regain her strength and restore her balance.

Interestingly, though each race has its own individual practices, there are also many commonalities, particularly that of keeping the new mother away from chores, and the belief in keeping the body “warm” and preventing “wind”. Herbal brews, pastes and potions for massage and topical application abound, all with the aim of keeping the body “wind-free”. It is believed that excess “wind” in the body will not allow the body to recover fully, leading to complications later in life such as migraines and arthritis.

While some mothers chafe under their parents’ or in-laws’ well-meaning but seemingly endless dos and don’ts – many of which restrict movement and diet – others follow them faithfully. Some even go as far as to adopt another race’s traditions, such as a Chinese mother seeking a Malay midwife (bidan) for traditional postnatal massage.

Here, we try to inject practicality into some common confinement myths and practices.

The idea behind this practice is to prevent “wind” entering the mother’s body, leading to headaches and rheumatism later.

Fact: It’s perfectly fine to resume your bathing habits, especially if you’re breastfeeding. However, you should not bathe in cold water. Take hot showers (unless you believe in Indian confinement practices that specify that you should only bathe between 11am and 2pm) and dry yourself well immediately after. This includes your hair.

This comes from the belief that restricting movement will help the mother recover faster.

Fact: There is no scientific reason for this. This practice could have sprung from a rural heritage, where being outside the house usually entailed labour-intensive work. Still, staying home post-pregnancy does have its advantages. The body heals at optimal levels when it has adequate rest. It should not be subjected too soon to actions that we take for granted in daily life, such walking up and down stairs multiple times a day, pulling open heavy doors, bending or squatting to reach for things.

It may not be very practical, especially if you have to go to the hospital, but giving yourself plenty of time to recuperate at home will do your body a world of good. And if your mother fusses over you and insists you leave the housework to someone else, even better! However, there’s no need to coop yourself up at home unless you want to.

This is to prevent the new mother from being chilled.

Fact: In tropical Singapore, this practice can be more distressing than calming! The key is moderation. It may even help prevent heat rash! Wear lightweight clothes that cover the body (including socks if your feet tend to feel cold), keep air conditioning mild and avoid having the fan blowing straight at you. Cooler temperatures aid rest, and there’s nothing wrong with keeping your feet warm and toasty.

Rule 4: Don’t drink tap water, or use it to brush your teeth and wash your face

It is believed that this will cause water retention or chills. Alternative: Don’t drink water, take only longan and red date tea.

Fact: The idea behind this is to so new mums can have warm water instead of cold tap water. Moreover, tap water may have unseen bacteria that can easily attack your low immunity. However, there is no harm in drinking water. Mums should actually drink more and stay hydrated because you lose water during perspiration, breastfeeding and urination. However, you should drink warm rather than iced or cold water.

Red dates are known to be rich in iron and vitamin, while dried longans are rich in vitamins. Together, the tea helps to boost blood regeneration and overall wellbeing, but as with everything else, take it in moderation.

It’s thought that drinking alcoholic beverages or consuming food cooked in alcohol boosts the circulation and warms the body.

Fact: While alcohol is used in TCM to expel cold, nursing mothers should avoid it, since it can be passed to the little one through breast milk.

Childbirth is believed to weaken the liver, which is linked to the eyes.

Fact: Reading or crying leading to eye problems has no scientific basis. However, TCM experts do believe the loss of blood during childbirth may weaken the eyes. This is because blood is related to the Liver, which is associated with the eyes in TCM.

Rule 7: Take ginger. Lots of it, unless you’re breastfeeding

A staple of confinement food, it is also believed to cause jaundice in babies. This is also one of the rules that have most new mothers scratching their heads in puzzlement since it’s quite contradictory.

Fact: Jaundice develops due to an immature liver, which has a weaker ability to break down excessive bilirubin within the blood stream. However, if you’re breastfeeding and your baby has extremely high levels of jaundice, going light on ginger is recommended.

These are believed to help the mother dispel “wind”, regain energy and get rid of odours from lochia (postnatal bleeding) and discharge. Fact: Natural herbs and spices have been used over the centuries for health purposes.  While traditional Malay herbal baths for new mothers are made up of a combination of herbs and spices and carried out daily (in place of regular showers or baths), there is no harm in alternating regular baths with warm herbal baths a few times a week for a soothing change.

Rule 2: Don’t drink too much water

Like with the Chinese, it is believed that this will cause water retention or chills. Instead, new mothers generally take a herbal drink called jamu.

Fact: Our bodies need about 1.5 to two litres of water a day to function properly. A new mother needs water to replace the liquids lost through childbirth. A nursing mother requires even more to ensure that she can produce enough breastmilk for her baby. Therefore, limiting your water intake could be harmful.

The new mother wears a snug girdle day and night, removing it only for showers. This is to regain her figure, ensure that her uterus shrinks back to its original size, and promote good posture.

Fact: Corseting the tummy makes it difficult for the stomach to expand as it pushes against the tummy area. Hence, it reduces your appetite and prevents you from overeating. However, postnatal recovery largely relies on correct food intake, so if it restricts you from eating properly, it may be best to moderate your use of it. It’s OK to wear it for a month or two, though, especially as it is usually preceded by a full body massage to ease sore muscles and stimulate blood flow. Now, who will say no to a daily massage to relax the body?

Rule 1: Don’t watch television, use the computer or read

This is to ensure the new mother rests and bonds with her baby. Fact: This is a modern twist on an old rule since there weren’t any televisions or computers in olden days, but it does force you to spend more time horizontal and/or with your little one. Sleeping when your baby sleeps and engaging with him when he is awake makes for more quality time together. However, there is no harm read or watching the telly… unless you’re having a K-drama or Netflix marathon and neglecting your newborn!

This is to ensure the new mother gets plenty of rest.

Fact: From a practical point of view, enforced rest does have its merits, particularly if you’ve gone through a long and difficult labour. So leave the heavy lifting, housekeeping and cooking to someone else, but do keep yourself lightly active with small movements around the house for healthy blood circulation, especially after the second week.

Rule 3: Keep to certain areas of the house (the “incarceration” room) and most especially, don’t enter the prayer/altar room

It’s believed that this will ward off sins from mother and child, and since the contamination period is 13 days, neither are allowed near prayer areas.

Fact: There is no scientific basis for this, but a special place for the new mother and baby does allow focused care to be lavished on them. Visitors, other than immediate family members, are not encouraged at this time, which gives a break from entertaining, lets her rest as and when she wants to. The confinement diet is another area that has its own sets of rules. Each culture has a list of what to eat, what to avoid, and how food should be prepared. Having the same menu day after day can get tiresome after a while, more so for the whole month. For an occasional change, you could try dipping into the permitted confinement food lists of other cultures. All foods on the confinement diet of the Chinese, Malay and Indian communities are aimed at dispelling “wind” and strengthening the body.

Whatever your race or background, it is best to follow your instincts about what is right for you. Your body has worked hard for nine months – it’s now time to take care of it. And as always, if in doubt, consult your healthcare provider. 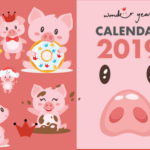