Mum’s Story: “My child had Retinoblastoma, a rare eye cancer” At first glance, my daughter Elise looks just like any other child her age. She is active, bubbly with a tiny streak of inherited obstinacy. Though when people take a closer look, they soon notice that one of her eyes does not move naturally. In the spot where her right eye used to be, is a prosthetic acrylic eye.

At a few months of age, we noticed that she had strabismus, a misalignment of the eyes. We thought nothing of it as others around me assured that it would go off after a while. Someone passed me eye patches to paste over her dominant eye to train the weaker eye to focus. However, we realised that when the eye patch was on, she was unable to react to her surroundings, which alerted us that the problem was not as trivial as we assumed.

We brought her for an eye checkup at National University Hospital, where we were told that there was a large tumour obstructing her vision and that surgery was the recommended option. 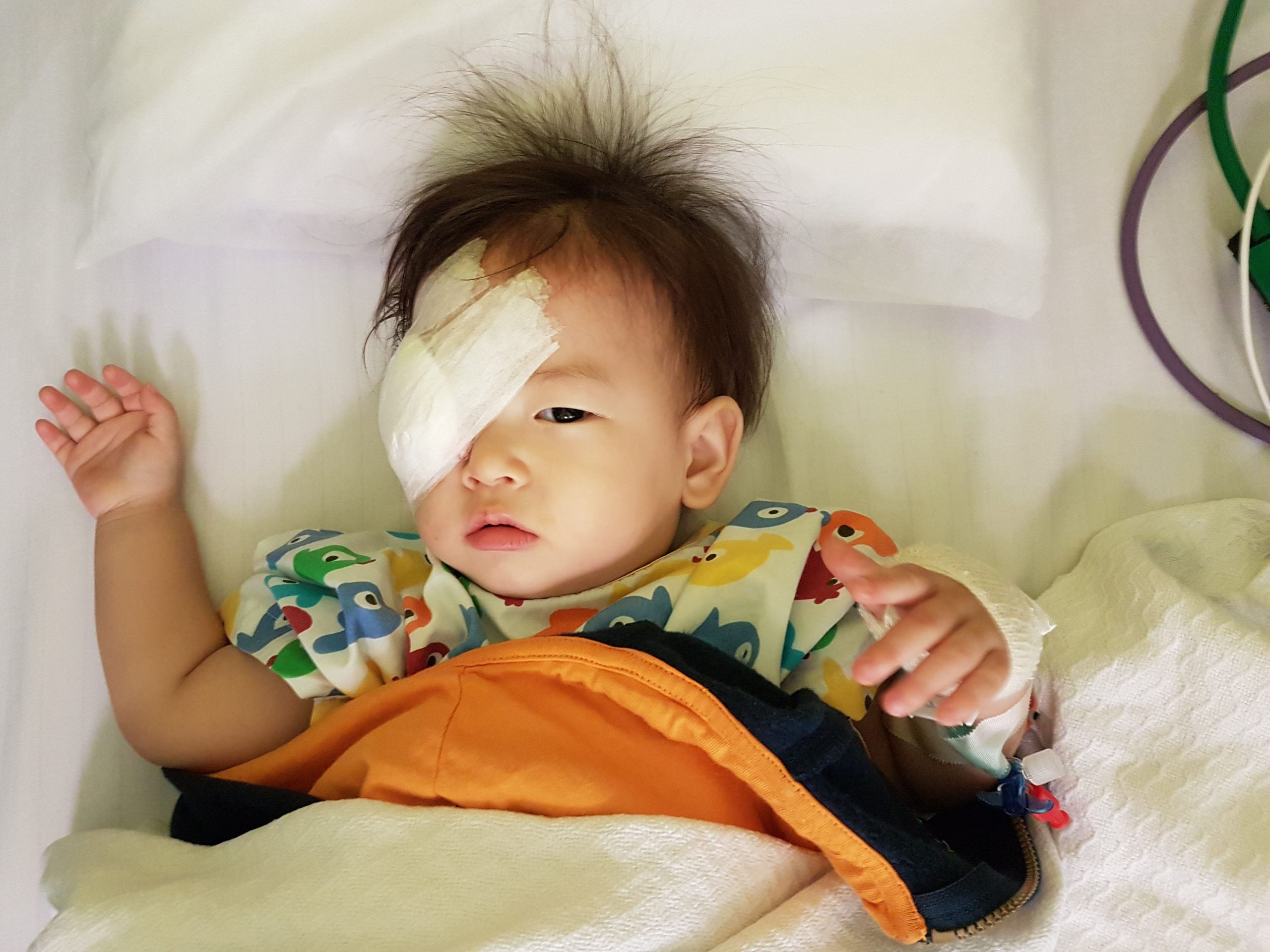 Elise, after her operation, when she was barely a year old.

It was retinoblastoma, a rare eye cancer that affects the retina. In a bid to save her eye, we sought opinions from the best pediatric ophthalmologists in Singapore and even in Korea. All of them told us that we had to remove her eye in order to save her life. Her doctors, Dr Gangadhara Sundar and Dr Cheryl Ngo, have played a tremendous role in helping us heal.

It’s been years since the tumour, together with her eye, was removed. She has adapted well and behaves like any other little girl her age.

Retinoblastoma in children is uncommon and it only affects about 3 in 1 million children. However, here are some symptoms that you should look out for, as they could be signs of eye cancer in children. 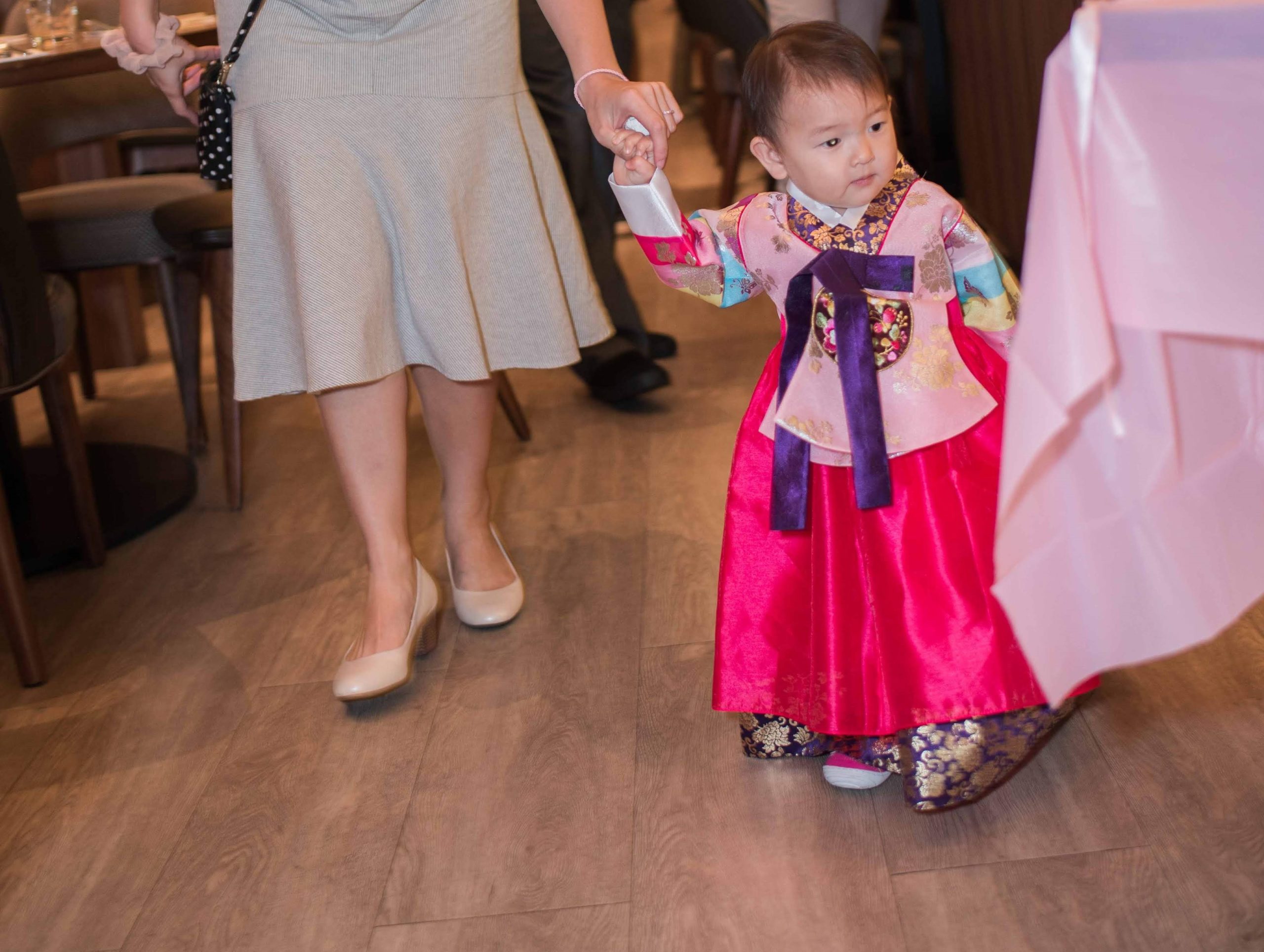 Look out for a white reflection in your child’s eyes

What to do when you discover eye abnormalities in your children

The first thing that you should do is to book an appointment with a pediatric ophthalmologist, as they are specialists in this area and attend to children. Although it may be frightening for you, try to keep yourself calm. This is because your child will be able to sense fear through your tone of voice and be affected by it.

In the unlikely event that your child does have an eye condition, the first thing you can do is to seek a second or even third opinion from other ophthalmologists to confirm the condition as well as the treatment plans. The doctor will typically suggest a few treatment plans if the condition is not life-threatening or too serious.

Finding a support group through the hospital or online can prove to be beneficial, as you will be connected to other parents of children with similar conditions.

Here are some organisations that provide support for parents whose children are going through cancer or other forms of chronic illness:

Some groups have regular meet-ups that you can join.

Relying on your network of family and friends in dark times will take off some of your mental load when things get tough. Don’t be ashamed or worried about asking for help if you need it.

Read also: 9 Things Parents Should Know About TCM for Kids

In conclusion, eye cancers in children are rare, and there is no need to be overly concerned. However, seeking prompt treatment if your child displays abnormalities will help the doctor to diagnose and prescribe treatment early. 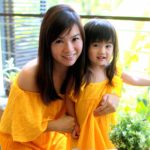 Mum Boss Story: In The Business of Raising Healthy Kids